May 19, 2020 Guest Post – Meuser, Yackley & Rowland, P.A. “Independent Medical Examination and the Effect It Can Have on a Work Comp Claim” 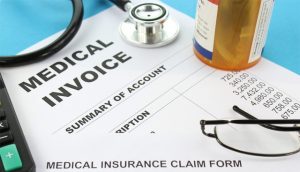 What is an independent medical examination?

Why is an independent medical examination performed?

In Minnesota when a worker is injured in the course and scope of their employment, they can be entitled to benefits under the Minnesota Workers’ Compensation Act, including medical care and wage loss. While an injured worker can be entitled to benefits for life, these benefits are subject to limitations and defenses. An IME can be scheduled for an injured worker at any point during a workers’ compensation claim. After an IME is completed a doctor will issue a written report containing their opinion and findings. When an insurance company schedules an injured worker for an IME they will provide the doctor of their choosing a list of questions to answer in their written report. Often times, the doctor’s answers to these questions will provide a basis for the limitation or end of an injured worker’s benefits.

In short, an IME is typically scheduled in a workers’ compensation case as an attempt to limit or end an injured worker’s benefits.

What should an injured worker do if an IME has been scheduled?

An injured worker who is scheduled for an IME and is concerned their benefits may end should contact an attorney who specializes in the area of workers’ compensation. The insurance company has the right to schedule an IME at any point during a workers’ compensation claim.  Often, if an insurance company is choosing to go through with the costs of an IME it is seeking a basis to discontinue or limit benefits. Since an injured worker only has 12 days to object to the end of benefits it can be too late to contact an attorney and mount a complete defense once a notice of discontinuance has been filed. Every workers’ compensation claim is unique, and many can be complex, which is why is it important to consult with an attorney once the IME is scheduled. It is important to be aware of your rights and the impact an IME may have on your benefits.

Don’t wait to get an attorney involved if you have a Minnesota workers’ compensation claim. The process can be complex and you want to be sure you receive the full benefits to which you are entitled. Contact Meuser, Yackley & Rowland, P.A. for a free, no-obligation, confidential consultation and claim evaluation. At Meuser, Yackley & Rowland we keep our clients informed of the process as well as what to expect each step of the way. Call us today at 1-877-746-5680.