May 15, 2020 Guest Post – Meuser, Yackley & Rowland, P.A. “Fired for Cause: The Complex Issue of Misconduct and PTSD in Law Enforcement” 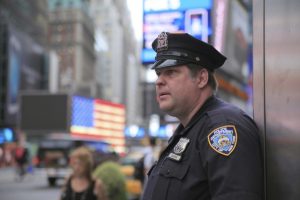 Allegations of misconduct are not necessarily a barrier to asserting a claim for workers’ compensation and PERA/MSRS Duty Disability benefits for Minnesota police officers and firefighters.

Post-traumatic stress disorder (PTSD) is finally getting recognition as a serious problem for Minnesota’s law enforcement officers. Since October 2013, Minnesota worker’ compensation law now recognizes PTSD as a compensable injury, as does PERA and MSRS for purposes of Duty Disability benefits and Continuation of Healthcare Benefits in accordance with Minn. Stat. § 299A.465. Meuser Law Office, P.A. has been litigating PTSD claims for over a decade, and our track record speaks for itself.

One issue that occasionally arises in claims involving PTSD is allegations of misconduct, administrative leave, internal investigations, and disciplinary actions. All too often, police officers suffering silently with symptoms of post-traumatic stress disorder don’t seek help until there is a crisis. For some there is an alcohol abuse problem and the officer tests positive for alcohol at work. Some officers are involved in an alcohol-related criminal issue, such as a DWI. Unfortunately for some, there are allegations of domestic abuse or infidelity. Sadly, sometimes an officer has attempted or threatened suicide. Too often due to the symptoms of PTSD, an officer begins to make mistakes – big or small – on the job, and they suffer discipline as a result.

Post-traumatic stress disorder causes a variety of symptoms that can seriously interfere with an officer’s ability to effectively and safely perform his or her job. For example:

All too often, officers who are suffering from mental health issues do not seek help until these symptoms cause a serious problem at home at work, placing their family or livelihood at risk. In hindsight, it’s often evident that the officer going through a disciplinary issue has been having issues for years, and that the behavior that resulted in discipline was due to a serious untreated mental health condition.

An officer who is subject to disciplinary action, including internal affairs investigations, administrative leave, probation or suspension, or even termination, and who is also suffering symptoms consistent with post-traumatic stress disorder or another work-related mental health condition may still be eligible for benefits, including but not limited to, PERA/MSRS Duty Disability benefits, 299A.465 healthcare continuation benefits, and/or workers’ compensation benefits.

Meuser Law Office, P.A. has successfully represented dozens of police officers suffering from PTSD who found themselves subject to discipline, including administrative leave, investigations, suspension, and even termination. Often, in addition to securing Duty Disability benefits and workers’ compensation benefits on behalf of the officer, we are able to assist in coordinating a separation agreement with the officer’s employer to avoid a formal termination for misconduct on terms that are favorable to the officer. You don’t have to go through this process on your own.

If you or someone you know is a Minnesota police officer or firefighter facing discipline for misconduct based on behavior that may be the result of a mental health condition, contact Meuser Law Office, P.A. Our knowledgeable attorneys can help make the process easier to navigate. Contact us today for a confidential, free, no-obligation consultation by calling 1-877-746-5680.