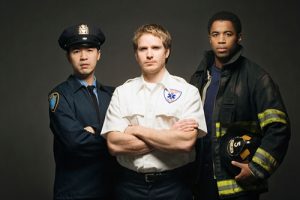 In a case that I tried in district court last year, the employer denied three first responders § 299A.465 health insurance coverage on the basis that they were each receiving a cash stipend, in lieu of actual health insurance coverage, at the time they were disabled and separated from service. The employer argued in its motion for summary judgment that it was not responsible for Continuation of Health Insurance Coverage benefits in accordance with the plain language of Minn. Stat. § 299A.465 because the first responders were not covered under the Employer’s group health plan at the time of their separation from employment.

As was the case here, many employers offer their employees a cash incentive to waive insurance coverage because it saves the employer money. These plans are also beneficial to employees who have health insurance elsewhere (e.g., through a spouse) because they would otherwise be double covered and paying for unnecessary health insurance. The tricky part is when there is an injury on the job, and the police officer or firefighter is no longer able to work in their field, employers will take the position that they are not entitled to § 299A.465 health insurance coverage because of their insurance status.

Minnesota Statutes § 299A.465 provides, in relevant part, that for a peace officer or firefighter who has been determined by the Public Employees Retirement Association (PERA) to be eligible for Duty Disability benefits, “the officer’s or firefighter’s employer shall continue to provide health coverage for: (1) the officer and firefighter; and the officer’s or firefighter’s dependents if the officer was receiving dependent coverage at the time of the injury under the employer’s group plan.” Minn. Stat. § 299A.465 (1)(c)(1), (2) (emphasis added). The Employer argued at a summary judgment motion hearing, that based upon these provisions, that the employer can only continue the health coverage under the employer’s group health plan if the employee was an insured under the employer’s group health plan. I argued based upon my own motion for summary judgment, that the Employer’s argument failed to consider the plain language of the statute, which does not refer to any prerequisite for the police officer or firefighter to receive continued health care coverage. I further argued that while it was arguable that the employee must have had his or her dependents on his or her coverage at the time of the disablement in order to continue this dependent coverage, the plain language of the statute omits any such language when referring to the actual police officer or firefighter him or herself. The legislature could have added the same modifying language to the portion of the statute referring to police officers and firefighters just as it had for their dependents—but, the legislature chose not to limit this coverage. This therefore was reflective of the legislature’s intent to provide health insurance coverage to police officers and firefighters, regardless of their insured status at the time of their disablement or separation.

I also argued that the policy rationales underlying Minnesota Statutes § 299A.465 supported my reading of the law. For example, I told the judge that a decision in favor of the Employer would force Minnesota’s married police officers and firefighters to always elect family coverage with their public employers, or to carry two separate policies—one individual and one family policy, or risk losing the protections afforded by Minn. Stat. § 299A.465—often at greater cost to both the officer and his or her family and their respective employers. Furthermore, I argued that if the Court were to accept the Employer’s arguments and enter summary judgment in its favor, there would be unfortunate consequences in which the insurability of a police officer or firefighter would depend on his or her spouses’ employability, among other possibilities, such as death, divorce or significant financial change.

The District Court Judge agreed with my arguments and issued summary judgment in favor of my clients, two local firefighters and one local police officer. The Judge determined that the Employer must offer health insurance coverage to all three “retired” service members until the age of 65. This was a big win for Meuser Law Office, P.A. because it is very rare for a judge to issue summary judgment in favor of a plaintiff. In addition, this case has influenced other employers to voluntarily pay § 299A.465 health insurance coverage and not argue that enrollment in coverage is a prerequisite.

Contact Meuser Law Office, P.A. for a free, no-obligation case evaluation and consultation. The knowledgeable attorneys at Meuser Law Office, P.A. take the time with each client to help determine which benefits under the Minnesota Workers’ Compensation Act you are entitled as well as discuss PERA Duty Disability benefits and Healthcare Continuation Benefits under Minnesota Statute §299A.465. Call us today at 1-877-746-5680.