June 29th, 2019 Guest Post – Meuser Law Office, P.A. “What is the Superseding Intervening Cause Defense in My Workers’ Compensation Case?” 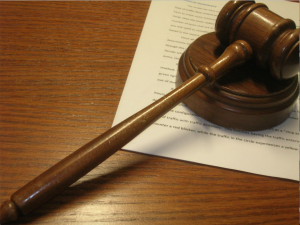 What? ‘Unreasonable’ is a pretty broad standard, what are some specific examples of how the court ruled in these cases?

In the following situations, the court ruled there WAS a superseding intervening cause, which cut off the employee’s benefits:

In the following situations, the court ruled that there was NO superseding intervening cause, and therefore the employee’s benefits were payable/awarded:

Now remember, context is important for each of the examples listed above. The court will not rule that every employee playing a game of badminton was acting reasonably at the time. Similarly, it will not rule that every fall off of a step ladder will constitute a superseding intervening cause. Much of the court’s determination on this issue depends on the employee’s medical history, the extent of previous treatment relating to the work injury, the employee’s physical restrictions, and the extent of the new injury and treatment.

The knowledgeable attorneys at Meuser Law Office, P.A. will be able to distinguish or analogize to the cases listed above, in addition to similar cases on the subject matter, to support your claim and fight to get you the benefits to which you are entitled.

The Legal Standard – in a Nutshell

If the court determines that the employee was performing a normal activity of everyday life, the event will not constitute a superseding intervening cause. The Minnesota Workers’ Compensation Court of Appeals held that when a work injury creates a permanently weakened physical condition and the employee’s subsequent normal activities aggravates that underlying condition, the resulting medical treatment is compensable. The proper test to determine whether an incident is a superseding intervening cause is the substantial contributing cause test, not the “but for” test. In other words, it is not enough for the insurer to argue that but for Sally falling on the ice at home, she would not have needed back surgery. In this example, the insurer would have to show that Sally’s initial back injury at work was not a substantial contributing cause or factor for her present disability. It is also important to note that the burden of proof is on the employer to show that the work injury is not a substantial contributing cause or factor to the present disability in the context of this defense.

Don’t wait to get an attorney involved if you have a Minnesota workers’ compensation claim. The process can be complex and you want to be sure you receive the full benefits you are entitled. Contact Meuser Law Office, P.A. for a free no-obligation consultation and claim evaluation. At Meuser Law Office, P.A. we keep our clients informed of the process as well as what to expect each step of the way. Call us today at 1-877-746-5680.