It’s been said that history repeats itself. That seems to be the case as we approach the end of the Fed’s big Bond-buying program. Read on to learn why. 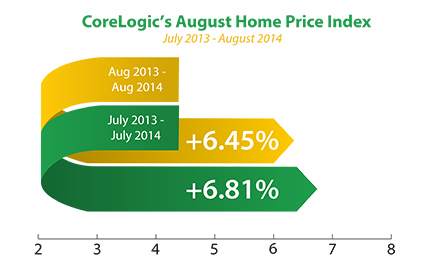 In recent weeks, Stocks have seen a sell-off while Mortgage Bonds have pushed considerably higher. Why has this happened? Concerns about slowing global economic growth have pushed investors into the safe haven of the Bond market, and investors have also secured profits with Stock prices near all-time highs.

But there’s another reason that’s important to mention. After the first and second rounds of the Fed’s Bond-buying program (known as Quantitative Easing) ended, Stocks performed terribly—and that behavior seems to be repeating itself as the Fed’s latest version of its Bond-buying program is nearing its end later this month. But that’s not all that could impact the markets in coming weeks. If corporate earnings are worse than expected, Stocks could continue to drift lower, meaning Bonds and home loan rates could continue to benefit. This will be a key story to monitor in the weeks ahead.