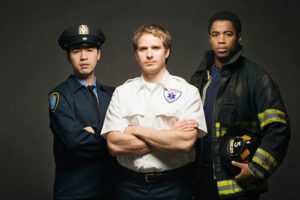 There are several important deadlines that Minnesota police officers and firefighters need to be aware of when filing a PERA disability benefits claim, including the 18-month post-termination filing deadline.

Applications for Public Employees Retirement Association (PERA) Police and Fire Plan Duty or Regular Disability Benefits MUST be filed within 18 months after the person’s termination from public service. If an application is not filed within 18 months, an otherwise eligible disabled police officer or firefighter is barred from filing for PERA disability benefits. Missing this deadline can cost a disabled police officer or firefighter hundreds of thousands of dollars.

We have seen this issue come up several times. If a disabled police officer or firefighter has missed the 18-month deadline, no matter how strong his or her claim for PERA Duty Disability benefits and no matter how much we want to help, there is nothing the attorney can do.

Unfortunately, the attorneys at Meuser Law Office, P.A. see this issue come up occasionally. For example:

For Minnesota’s police officers and firefighters who suffer significant on-duty injuries, it is imperative to have the right lawyer from the beginning. At Meuser Law Office, P.A., the first time we meet with a client, our knowledgeable and experienced attorneys evaluate every potential claim, including but not limited to, Minnesota workers’ compensation, PERA/MSRS disability, Continuation of Health Insurance claims, and third-party claims. Our attorneys develop a timeline and a plan to ensure every possible resource for benefits is explored, which includes the coordination of claims every step of the way. Experience matters. For a free, no-obligation consultation, contact Meuser Law Office, P.A. Call us today at 1-877-746-5680.