Sincerely,
A Lawyer Who Knows 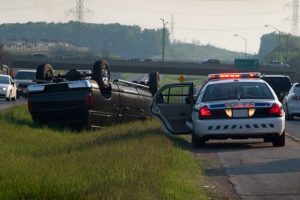 Unfortunately, at Meuser Law Office, P.A. one of the issues we frequently encounter is when a Minnesota police officer, deputy sheriff, or state trooper who suffers a career ending injury does not have enough car insurance to adequately protect themselves.

Hold on a minute here, doesn’t the driver’s at-fault’s insurance cover my losses?

Maybe. And this is a big maybe. If you are “lucky” enough to be struck by a driver who carries insurance with adequate policy limits, you may be covered.

As law enforcement officers, you are undoubtedly aware the minimum insurance that drivers must carry in the state of Minnesota is $30,000. But $30,000 of coverage is not going to come close to adequately compensating you for suffering a career ending injury.

And as police officers, deputy sheriffs, and state troopers know all too well, not everyone follows the law, so you may be struck by an uninsured motorist as well. Shockingly, the man who made the poor decision to drive drunk, and then strike your squad with the lights on, might not be up to date with his car insurance bill.

But what about no-fault insurance?

In Minnesota, insurance coverage goes through a set of “priorities.” So, first if you are injured in a car accident, no-fault applies. No-fault allows for payment of the first $20,000 in wage loss and $20,000 in medical bills, regardless of anyone’s fault. The medical care and treatment must be deemed medically necessary and arising out of the car accident. Unfortunately, $20,000 of medical treatment and $20,000 of wage loss will be quickly exhausted in any serious motor vehicle collision.

What happens if the driver doesn’t have enough insurance?

But wait, if I’m driving a squad car on duty shouldn’t I be covered?

So, if you are struck by a driver with only $30,000 in coverage and the department only carriers $25,000 in coverage, if you don’t carry adequate insurance coverage personally, you may only be able to recover $55,000 in damages, regardless of the extent of your injury.

Moreover, if you are struck by a fellow police officer, deputy sheriff, or state trooper, even from a different department, you may be barred from bringing a claim against either entity based on legal doctrines known as official immunity in civil court or as an exclusive remedy in workers’ compensation law.

But isn’t that why we have work comp, if I’m injured on the job?

Work comp is a limited benefit and does not fully compensate injured workers. For example, work comp only allows temporary total disability benefits, or wage loss benefits for the time you are restricted from work, for a maximum of 130 weeks or about 2.5 years, even if you remain disabled beyond that period of time.

Moreover, the Minnesota Workers’ Compensation Act does not allow for pain and suffering and the loss of enjoyment of life. Work comp also pays wage loss benefits at a rate of 2/3 of an injured worker’s average weekly wage and generally does not account for future wage increases or even raises based on union contracts.

How much underinsured motorist coverage do I need?

Even $500,000 of underinsured motorist coverage gets eaten away quickly. If work comp paid a portion of your medical bills and wage loss bills, work comp gets paid back for a portion of what the insurer paid out, as they were not ultimately responsible for the injury. If there are additional medical care and treatment not paid for by work comp, then those entities may have a subrogation interest as well and may also be entitled to some payment.

Anecdotally, I’ve never heard a client complain that they carried too much underinsured motorist coverage. But I have seen clients who were devastated to learn that they did not carry enough.

If you or someone you love has suffered a work-related injury and or motor vehicle collision, contact us today at Meuser Law Officer, P.A. for a free, no-obligation Minnesota work comp, PERA/MSRS, or personal injury case consultation. Call us today at 1-877-746-5680.