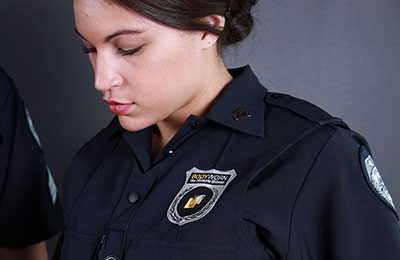 When injured employees bring a Minnesota worker’s compensation claim, insurers and employers have a right to send the employee to an independent medical exam (IME). Doctors paid by the insurance company perform the exam and therefore are not independent and very rarely find the employee is injured. If on the rare occasion the doctor finds the employee is injured, the IME report typically states the injury is not a result of his or her employment. During the IME the doctor performs a brief examination, but the vast majority of the written report is based on a review of the employee’s medical records. Independent medical exams are particularly troublesome in post-traumatic stress disorder (PTSD) cases for a few reasons, such as:

In order for a medical provider to diagnose a person with PTSD, the person must meet the criteria set forth by the Diagnostic and Statistical Manual of Mental Disorders (DSM-5). Clinicians may choose to administer a few different tests in order to support his or her diagnosis, including the MMPI-2 (Minnesota Multiphasic Personality Inventory), CAPS-5 (Clinician Administered Posttraumatic Stress Disorder Scale for DSM-5), PCL-5 (PTSD Checklist for DSM-5), or MCMI-III (Millon Clinical Multiaxial Inventory).

These tests rely heavily on self-reporting and therefore, make it easy for the IME doctor to claim that the injured worker is malingering, over-reporting, or making up symptoms. Experienced clinicians who regularly treat people with post-traumatic stress disorder can differentiate between fake and real symptoms, but IME doctors motivated by money from the insurance company are not inclined to diagnose injured workers with PTSD.

Additionally, more often than not PTSD occurs with a number of other mental health conditions. People who suffer from PTSD may also suffer from an anxiety disorder or depression and may abuse alcohol as well. IME doctors may purposefully attribute all the injured worker’s symptoms to other disorders, which in most cases are not compensable under the Minnesota Workers’ Compensation Act.

IMEs also may re-traumatize injured workers with PTSD. The injured worker is forced to report and relive traumatic events under the microscope during an adversarial process, people looking to discredit and to minimize their experiences.

Unfortunately, the nature of post-traumatic stress disorder lends itself to many of the excuses that employers and insurers use to deny PTSD claims. An even sadder reality is that almost all the employers of our clients with PTSD, police officers, sheriff deputies, and corrections officers are public employees. Our cities and counties are more comfortable granting benefits to public servants with physical injuries that they can see, not the mental scars left behind from being forced to shoot someone in the line of duty, seeing children die in grisly car accidents, being shot at by strangers, or seeing the aftermath of domestic violence. We need to do better by the people who keep the public safe and in the process suffer a very real, debilitating injury.

At Meuser Law Office, P.A. we have successfully represented many injured workers with PTSD, including police officers, firefighters, correction officers, deputy sheriffs, and 911 dispatchers. We have successfully obtained settlements and benefits on behalf of our clients despite negative IME reports. It’s very important to choose a team of lawyers with extensive experience in this complicated area of law if you or someone you love suffers from PTSD as a result of his or her employment. Contact us today at Meuser Law Office, P.A. for a free no-obligation consultation by calling 1-877-746-5680.