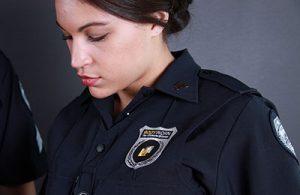 Great news for Minnesota’s first responders! A bill has been passed by both the House and Senate, and is expected to be signed by the Governor, that adds additional workers’ compensation rights for our state’s first responders who are suffering from mental illness.

House Bill HF 3873 and the companion Bill in the Senate SF3420 have both passed with overwhelming support, and the bill is expected to be signed by Governor Dayton. The portion of the bill as it relates to first responders and post-traumatic stress disorder (PTSD) will take effect January 1, 2019.

This bill has been in the works for a few years now, but finally had enough support to pass. While it won’t necessarily have a significant impact on people who are currently in the Minnesota workers’ compensation system, we expect that it will make a major difference to those who find themselves struggling with work-related PTSD in the future.

Post-traumatic stress disorder is a major problem amongst Minnesota’s first responders. Our state’s first responders see and experience the worst of humanity. They are on the front lines when it comes to dealing with violent crimes, child abuse, medical emergencies, fatal accidents, and death. It should come as no surprise that repeated exposure to this kind of trauma puts our first responders at risk for developing PTSD. Post-traumatic stress disorder is a devastating condition that affects a person’s ability to process stressors. The symptoms can pervade every area of life – from work to home life.

There is effective help out there for people suffering from PTSD. But, for our state’s first responders, historically, there have been barriers to getting access to this help. Hopefully, this bill will reduce the barriers to accessing help.

As the law has developed in this area, one thing has become very clear – too many of our state’s first responders are being denied Minnesota workers’ compensation benefits at the outset. While in our experience, some workers’ compensation insurers have been better than others in accepting primary liability on post-traumatic stress disorder claims, we estimate that approximately 75% of these claims involving police officers and firefighters are denied at the outset. Notwithstanding an initial denial of liability, Meuser Law Office, P.A. has an excellent track record of getting good results on these types of cases. It’s not always easy or straightforward, and it can be very difficult emotionally for an individual suffering from post-traumatic stress disorder to go through the process of litigation. We are hopeful this new first responder PTSD bill will change that.

The Minnesota bill that was just passed creates a statutory presumption of work-relatedness for certain classes of workers, who have been diagnosed with post-traumatic stress disorder.
Here is the relevant text:

If, preceding the date of disablement or death, an employee who was employed on active duty as: a licensed police officer; a firefighter; a paramedic; an emergency medical technician; a licensed nurse employed to provide emergency medical services outside of a medical facility; a public safety dispatcher; an officer employed by the state or a political subdivision at a corrections, detention, or secure treatment facility; a sheriff or full-time deputy sheriff of any county; or a member of the Minnesota State Patrol is diagnosed with a mental impairment as defined in paragraph (d), and had not been diagnosed with the mental impairment previously, then the mental impairment is presumptively an occupational disease and shall be presumed to have been due to the nature of employment. This presumption may be rebutted by substantial factors brought by the employer or insurer. Any substantial factors that are used to rebut this presumption and that are known to the employer or insurer at the time of the denial of liability shall be communicated to the employee on the denial of liability. The mental impairment is not considered an occupational disease if it results from a disciplinary action, work evaluation, job transfer, layoff, demotion, promotion, termination, retirement, or similar action taken in good faith by the employer.

This provision will only apply to individuals with a date of injury on or after January 1, 2019, but it should hopefully result in more individuals being approved at the outset for workers’ compensation benefits.

This bill specifically includes the following individuals for additional protections under the Minnesota workers’ compensation act:

In theory, under this statute, an employer/insurer must demonstrate a “substantial factor” to overcome the statutory presumption of work-relatedness. We anticipate that despite this new statutory presumption, employers/insurers will still fight PTSD cases, by alleging 1) that the diagnosis isn’t actually PTSD, 2) that the PTSD is due to something non-work-related, or 3) that if the person has PTSD, that it’s a temporary condition. Even though we don’t think this statutory change will eliminate all litigation on post-traumatic stress disorder in cases involving Minnesota’s first responders, we think it’s a big step in the right direction to helping those individuals suffering from PTSD overcome barriers to accessing early, appropriate medical and financial care.

If you or someone you know is a Minnesota first responder, police officer or firefighter suffering from post-traumatic stress disorder, Meuser Law Office, P.A. can help you understand your rights. The knowledgeable attorneys at Meuser Law Office, P.A. will help you navigate the system and help you obtain access to a variety of resources and benefits with compassionate, expert legal counsel. Contact us for a free confidential, no-obligation consultation. Call us today at 1-877-746-5680.