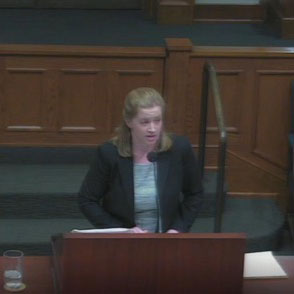 (You can view a video of the oral argument by clicking on the following link: https://www.mncourts.gov/SupremeCourt/OralArgumentWebcasts/ArgumentDetail.aspx?vid=1358)

This is an incredible outcome, that will have a significant impact on injured workers and the Minnesota workers’ compensation system.

But, what does this mean?

Practical impact of winning at the Minnesota Supreme Court

Practically speaking, it means that an employer cannot compel an employee to attend an invasive psychological examination, before the employer admits liability for her workers’ compensation claim and pays benefits, or the employee initiates a proceeding by filing a Claim Petition.

(It would be like reporting a traffic accident to your auto insurance provider and being compelled to attend an adverse medical evaluation before deciding whether you want to bring a claim.)

How did we get here?

Every workers’ compensation case starts with an injured worker. Here, a Police Officer sustained an injury in the nature of PTSD, she reported her injury to her supervisor, and the employer denied liability for her injury. After denying liability for her injury, the employer/insurer sent the Police Officer notice that she was scheduled to attend an independent psychological evaluation. However, she had not yet filed a Claim Petition, or otherwise put her mental health into controversy. All she had done at that point, was report her injury and request a First Report of Injury.

The issue decided by this case

The issue in this case was whether a Workers’ Compensation Judge at the Office of Administrative Hearings has subject matter jurisdiction to decide an employer/insurer’s discovery motion to compel an independent psychological evaluation, in the context of a denied claim, before a petition initiating a proceeding has been filed.

The Minnesota Supreme Court dismissed the case as moot because the employee filed a claim petition (vesting subject matter jurisdiction) and attended the independent psychological evaluation (the object of the employer/insurer’s motion).

Meuser, Yackley & Rowland won at the Office of Administrative Hearings and at the Workers’ Compensation Court of Appeals. The employer/insurer appealed to the highest court in the State of Minnesota. However, because the Minnesota Supreme Court dismissed the case, the Workers’ Compensation Court of Appeals decision remains the law effecting all future cases.

An employee should be able to choose whether to bring a claim for benefits, and unless/until the employee puts her mental health into controversy, the employer should not be allowed to compel an employee to turn-over sensitive mental health treatment records and attend an adverse psychological evaluation.

What to do if your employer requests an adverse psychological evaluation

Rather, an independent medical examination is bought and paid for by the employer/insurer to provide it with defenses against your claim, support their ongoing denial of benefits. If you are in this situation, then you need to get a lawyer, and fast, in order to protect your rights. Contact Meuser, Yackley & Rowland, P.A. for a FREE and CONFIDENTIAL consultation. Call us today at 1-877-746-5680.