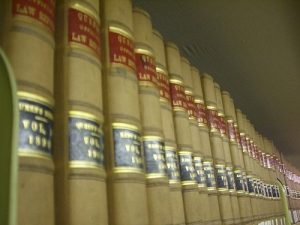 In certain circumstances when you are injured during the course and scope of your employment you may be able to bring a civil claim against the third-party, other than your employer, who is ultimately responsible for your injuries. When pursuing a claim against a third-party or a “tortfeasor” the parties must also consider that workers’ compensation insurance carrier also has a claim against the responsible negligent party. In these situations, it’s often expedient to work together with the workers’ compensation carrier to maximize your total recovery from all the different sources, whether they be Minnesota workers’ compensation benefits, PERA/MSRS Duty Disability benefits, or civil proceeds. The enemy of my enemy is my friend.

Minnesota Statute §176.061 specifically provides for a statutory subrogation right for reimbursement for employers and insurers who pay benefits to and on behalf of injured employees against an at-fault third-party. Zurich American Insurance Co. v. Bjelland, 710 N.W.2d 64 (Minn. 2006). What that statute means is that by law the workers’ compensation carrier has a course of action against the negligent party.

If you settle out a portion of your workers’ compensation claim with the employer and insurer that addresses medical and wage loss benefits you sustained from the injury, it is smart to consider adding in a provision to the stipulation for settlement, the settlement contract or document, that addresses how the parties will address the future third-party claim as against the negligent party.

So, for example, employees who enter into Naig-type settlements with third-party tortfeasors, resolve their interests for damages not recovered under the Minnesota Workers’ Compensation Act. Naig v. Bloomington Sanitation, 258 N.W.2d 891 (Minn. 1977). These types of damages can include certain types of wage loss benefits. For example, workers’ compensation benefits such as temporary total disability and temporary partial disability pay at 2/3 of the loss. In personal injury cases, plaintiffs can claim the entire amount. Also, workers’ compensation wage loss benefits are limited in duration, even though the disability may be permanent. In personal injury cases, plaintiffs are not limited in their recovery. Plaintiffs can claim pain and suffering, loss of consortium, and loss of enjoyment of life. There are different claims available in the two distinct systems of recovery for injured people. While the employee might resolve his or her interest in these types of Naig settlements, the employer and insurer’s interests under Minnesota Statute §176.061 are not resolved and instead they maintain a separate intact claim for statutory reimbursement against the tortfeasor. (Id.).

On the other hand, in a reverse-Naig settlements, the employer and insurer separately settle its statutory subrogation claim under Minnesota Statute §176.061 with the tortfeasor. Folstad v. Eder, 467 N.W.2d 608 (Minn. 1991); Naig v. Bloomington Sanitation, 258 N.W.2d 891 (Minn. 1977). The employee’s interests are not satisfied and the employee or plaintiff retains a right to pursue a separate claim against the tortfeasor for benefits not recovered under the Minnesota Workers’ Compensation Act. However, the employee cannot claim benefits already satisfied and resolved by the workers’ compensation insurer. Therefore, it may appear to the jury that the injured worker did not truly suffer considerable damages that should be recovered against the tortfeasor.

Typically, in no-Naig, no reverse-Naig type settlements, the work comp insurer and the employee agree that when a settlement or a jury verdict is awarded the parties will then use the statutory formula under Minnesota Statute §176.061 which outlines how workers’ compensation insurers should be paid back. The insurer will not get 100% of its lien because the statute accounts that the injured party should not have had to shoulder the burden entirely of retaining an attorney and incurring litigation costs in obtaining a recovery from which the work comp insurer also benefited. There are also proportionate reductions in cases where the recovery is limited and the amount that is paid back to the work comp insurer may also be reduced.

If you or someone you love has sustained a career-ending injury in the line of duty as a police officer, firefighter, or first responder contact the attorneys at Meuser Law Office, P.A. for a free-no obligation consultation. In order to maximize all possible sources of recovery, you need attorneys who practice in PERA and MSRS disability, workers’ compensation, and personal injury and who are well versed in the intricacies of the law where these three areas meet. Call us today at 877-746-5680.