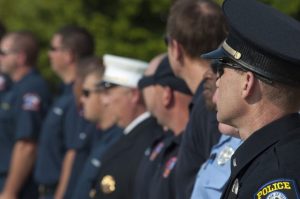 Injured workers in Minnesota often mistakenly assume that this money is a “settlement” of their case, or that accepting this benefit somehow means that their case is now “closed.” That is not the case. Permanent partial disability (PPD) benefits are just one kind of benefit available under the Minnesota Workers’ Compensation Act. Receiving a permanent partial disability (PPD) payment on a Minnesota workers’ compensation case does not mean that your case is settled or closed. Cashing your PPD payment does not mean that you’ve accepted a settlement, or agreed to close your case.

Many workers who receive PPD benefits are entitled to additional benefits, including, but not limited to:

It may be valuable to have a workers’ compensation lawyer review your case for errors. It is common for a work comp insurance company to dispute PPD benefits. If, for example, your doctor assigned a PPD rating of 15% but the insurance company takes the position that your PPD rating should only be 8%, they may begin paying the undisputed portion of your benefit – the 8% – and you may not realize that the checks are less than they should be.

I recently settled a work comp case involving a gentleman who had sustained low back injuries requiring surgery while employed at two different jobs several years ago. He did not return to work after his last injury. As a result of his work-related back condition, and several serious non-work related medical conditions, he was incapable of working in any capacity.

When I first met with this gentleman, he told me that he had settled his two Minnesota workers’ compensation cases. After I received his file from the Minnesota Department of Labor and Industry, I realized that he had in fact received some minimal permanent partial disability (PPD) payments from the workers’ compensation insurance company. However, he had not in fact, settled his cases. This gentleman assumed that he had settled his cases because he had received a permanent partial disability PPD) payment. We worked up his case, and ultimately procured a settlement for him for $150,000.00 in addition to the establishment of a professionally administered fund to cover his ongoing medical expenses.