The World Police and Fire Games (WPFG) were held this year in Belfast, Northern Ireland from August 1—10. The games featured over 7,000 competitors across 56 sports at 41 venues. The WPFG is a biennial event for currently active and retired police, fire, prison and border security and police officers. WPFG is the third largest international multi-sport event in the world and the largest sporting event to take place in Northern Ireland.

The WPFG began in 1967, with the staging of the first California Police Olympics. The concept spread worldwide with the establishment of the WPFG in 1983, with the first games taking place in San Jose, California in 1985. Since then, the games have taken place in San Diego, Vancouver, British Columbia; Memphis, Colorado Springs, Melbourne, Australia; Calgary, Canada; Stockholm, Sweden; Indianapolis, Barcelona, Spain, Quebec City, Canada; Adelaide, Australia; back to British Columbia, Canada and most recently in New York City in 2011.

The WPFG was held during the notorious “Marching Season” where old sectarian feuds are renewed when the two groups take to the streets to commemorate past battles, some of which occurred more than 300 years ago. During the games, things were relatively quiet until the last two days of competition when a group of marchers confronted police in downtown Belfast, which resulted in a clash that injured over 15 police officers. Rioters hurled paving stones, metal sewer grates and stones before they were driven back by a vehicle-mounted water cannon.

The city of Belfast has the same population as the city of Minneapolis. Their police force, however, is much larger with over 4,000 officers covering the six counties of Northern Ireland. Since Northern Ireland is still part of the United Kingdom, reinforcements are sent over from England, Scotland and Wales in order to augment the police during “Marching Season.”

I talked to one K-9 bomb technician who is normally stationed in a small English town. He, along with several hundred other officers was ordered to Northern Ireland for the season. Unlike the Police Services Northern Ireland, who are armed, this officer was unarmed and remained so while on special duty in Northern Ireland. 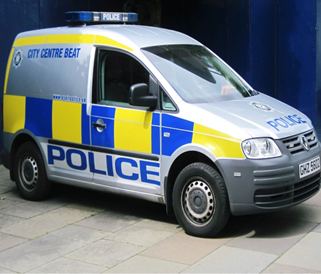 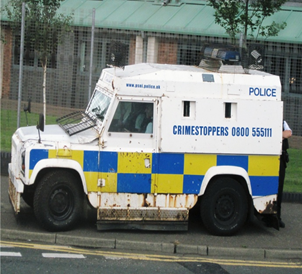 Armored vehicles, pictured on the right, are common patrol vehicles throughout Northern Ireland. The vehicle at the top left are abundant, but are shelved during unrest.

Security at sporting venues was extremely tight, with uniformed police officers assigned to every venue, no matter how small. Despite the overt security presence, the overall experience at the games was enjoyable and very competitive. Pictured below is the Titanic Museum. Belfast is where this iconic ship was built before it sank on its maiden voyage. 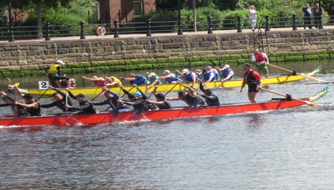 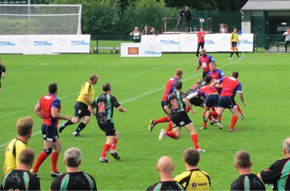 Dragon Boat Races, left, and Rugby were two of the sports that were featured at the WPFG. 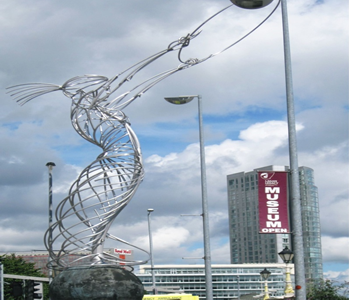 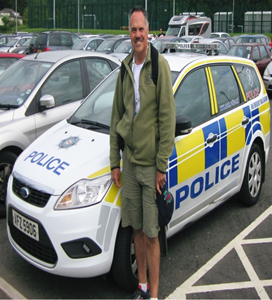